Olivia and Lucas had to run for the bus this morning. I wasn't paying attention to the clock. I am really going to miss my lawn. I love the look of fresh cut grass. I need to spend more time with it tickling my toes instead of just maintenance. 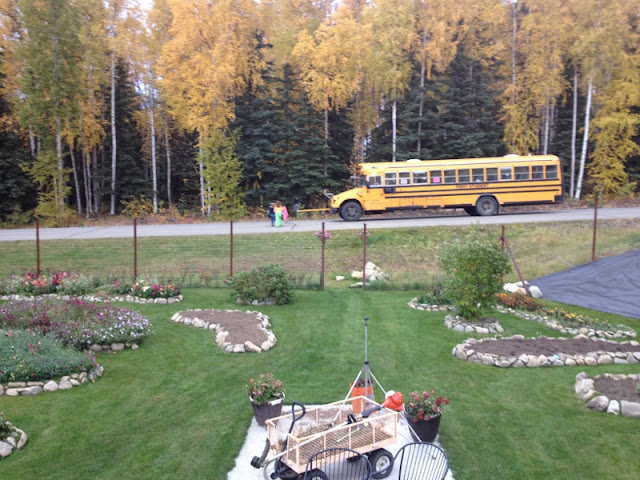 I've never grown herbs so I tried this year with minimal success. There were a few sage leaves so I decided to dry them. 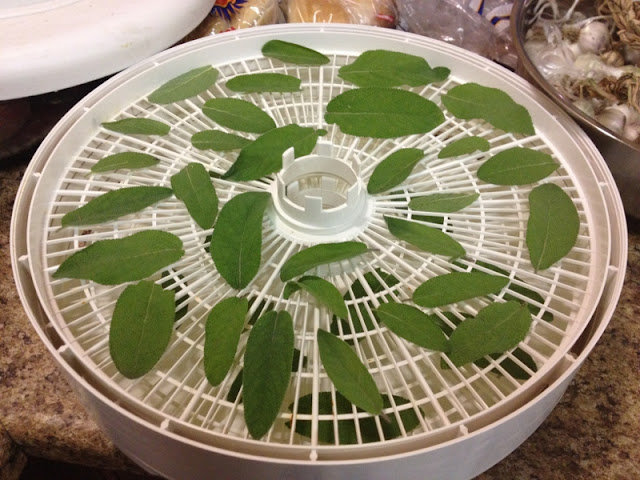 I picked the dill weed... no real heads to speak of... and will put that in my last batches of pickles (that I was going to make today, but only had 3 quart jars left. I filled those and will have to finish tomorrow). 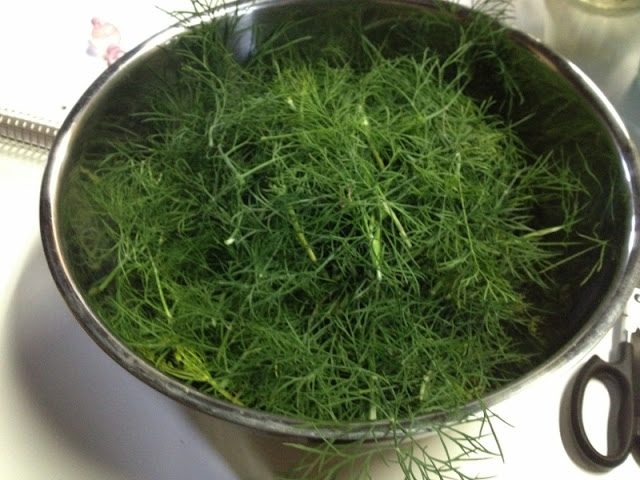 I picked some of the mustard greens and will make pesto tomorrow. I ran out of time today because Elijah had football games. 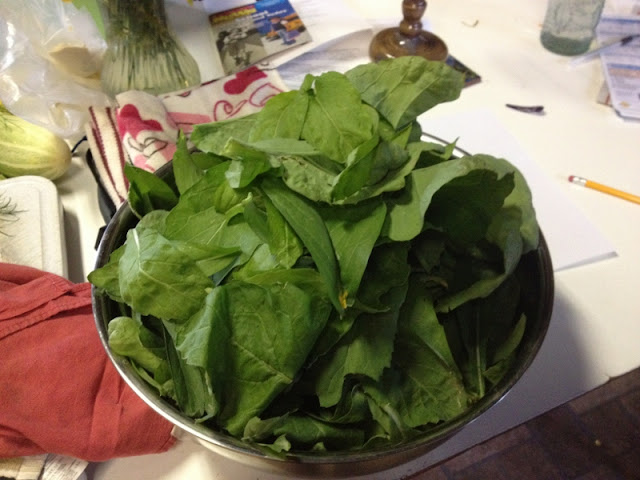 He played the first two quarters of the JV game on both offense and defense. There are really only a couple good players who actually care so he works really hard and gets really frustrated. This is him running the ball. New jersey's...new JV number is 18. 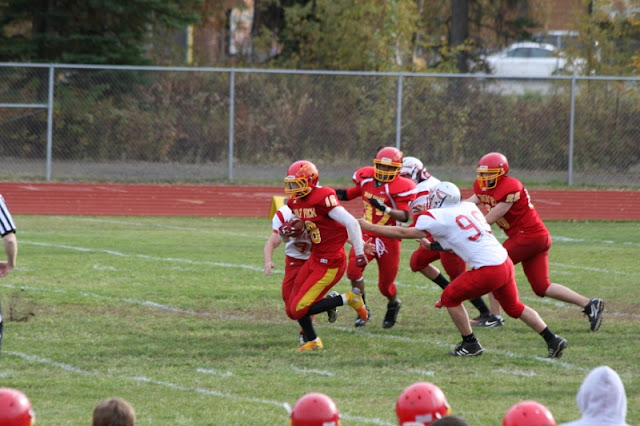 Here's a couple good tackles he made. 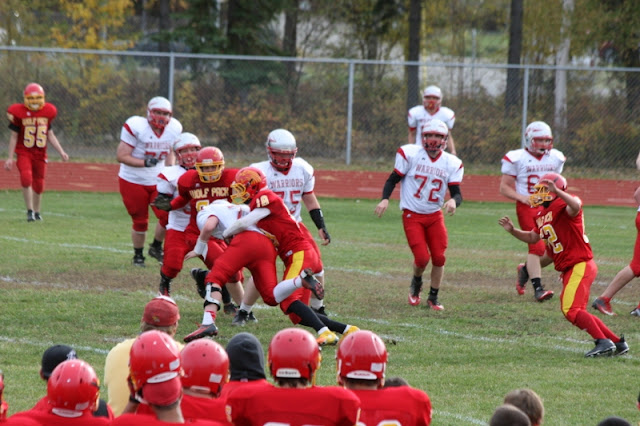 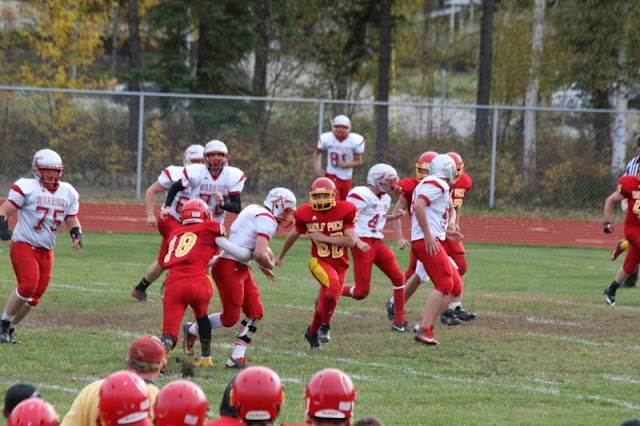 He didn't really play in the Varsity game except for special punt teams.... he's the long snapper, punt return blocker and punt attack. He got about 4 plays as safety on defense and that was it. I'm not sure why the coaches are over-looking his talent and it's hard for him to take. His teammates are equally frustrated because they know how good he is, but he isn't the only one. There is a core group of Seniors that the coach runs into the ground playing both offense and defense while 20 guys stand on the side never seeing game time. Seems to me fresh bodies would be more effective, but it's his call.  Tonight was Home Coming so I'll leave you with a shot of the Junior Class Float... Pirates of the Caribbean. (It was being followed by kids who were dressed up). 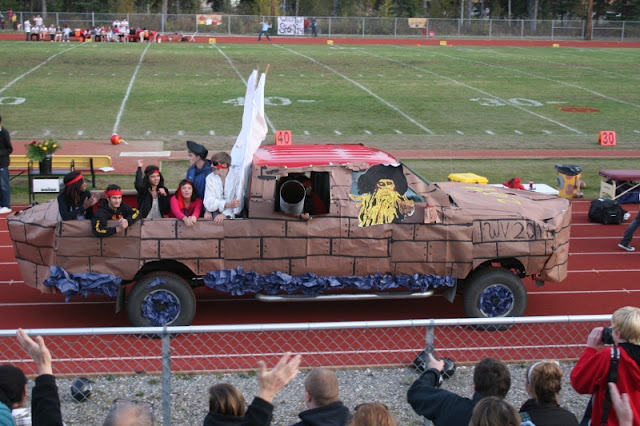 BTW my phone said it was 52* which I do not believe for a minute! It was so cold with a slight breeze. I can't imagine what the last home game will be like two weeks from now. Surely there will be snow. I've been home several hours now and I am still chilled to the bone from sitting in the stands for 5.5 hours. I even wore long johns. I should have had a hat and mittens. Maybe even a winter coat because the jacket and blanket were not enough. Bah! I dislike being cold.

Up too late as usual. I have to hit it hard tomorrow harvesting the last things that aren't frozen. Still plenty of beds to clean out, animal pens to rake, etc. etc. School, homework, Scouting and Football have kept me from accomplishing much. Tomorrow and Sunday I've got to run myself ragged or I'll be digging stuff out of the snow. Ick!!

Thanks for the suggestions for the geraniums. I didn't realize they could be stored like dahlia bulbs. Now to find a cool, but not frozen place....  Kim... I read that horseradish really takes over land and can't be removed. That's why I put it in a small bed. I may end up dedicating two beds as I love to eat the stuff with my steaks. Something about burning my nose feels so good! LOL :) Check back and hopefully I can amaze you with all that I accomplished.
Posted by Gayle at 12:01 AM

Gayle, if I EVER get to visit you, I'll bring lots of Merino winter wear from here for you.There is so much available here.Wrap up warm, even when you are sweating it out in the garden.!!! Love all your pickles, preserves and ideas for using everything in great and different ways.Greetings from Jean