We are still doing the 180 Days of School more-or-less. Olivia still reminds me every morning, but Emily is hit-and-miss. It will be fun to have one place to see all the changes in a school year. 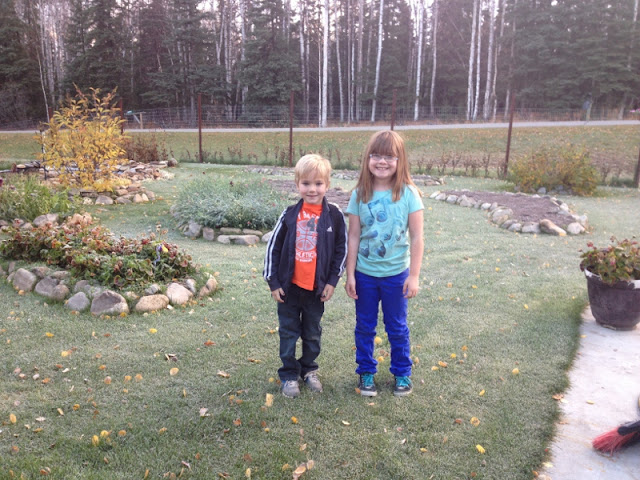 Started off my day mowing this area. The grass has gotten so long and it is so wet that it truly is hard work. All the material went into my compost bins. One more spot ready for snow. I also mowed the bottom of the ditch (which was a pain), but not the side hill. That's for today. 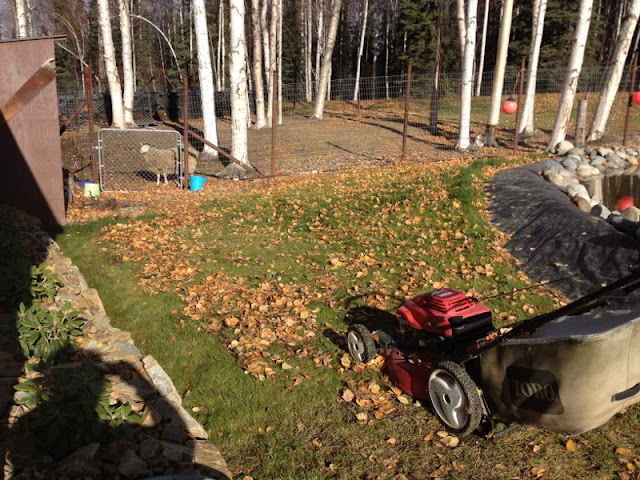 The first two rows of ties are up. Homer had to buy a bigger drill and a new sledge hammer. In my mind I think a wall can be built in a few hours, but the reality is that to build it sturdy it takes time. I was going to shovel the rock around and after 15 minutes realized that was a waste of time. Last night Homer used the backhoe to knock it down. Now I just need to smooth it out and put the fire pit back. I think it will need another load, but that's for next summer. 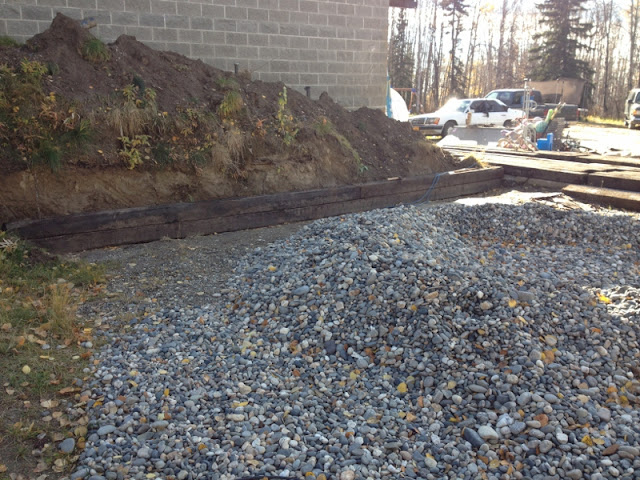 The dogs had me up at 4:30am quite upset about something outside. All of our yard lights are broken so I couldn't see a thing. When it was daylight I saw that the moose had been feeding on my broccoli and swiss chard (which was as tall as the weeds they didn't eat on the far end). Lesson learned... don't put of harvesting produce when your fence isn't finished. 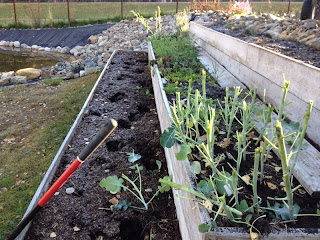 They ate the carrots, too. 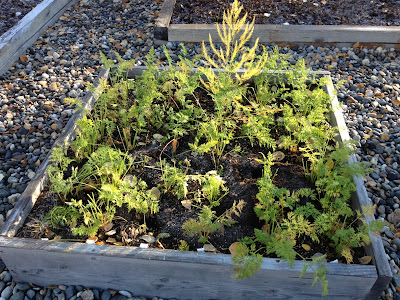 I almost have all the beds cleaned and tilled. Yesterday I did the carnation bed. 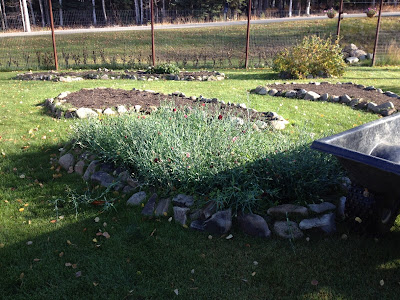 Also, the one above Millie and the one below. I saved ten of the geraniums and put them in the red pots that Nick brought me from the platform (at the dumpsters). That was time consuming. I contemplated storing them like some of you suggested, but in the end I tossed them. I'll grow some new ones next year. I'd actually like to try some other colors (if there are other colors?). 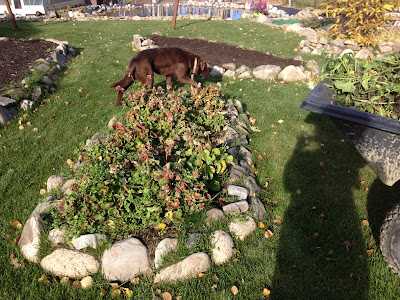 Finished this bed as well. It was a pretty productive day even if I was interrupted to drive the football gear to town that I told my son to take on the bus with him. 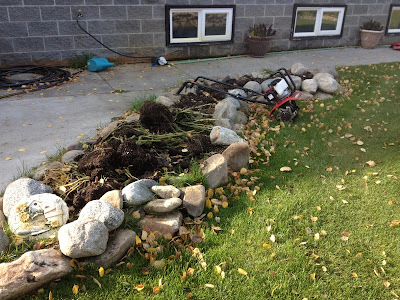 Hard asleep in the hot sun. 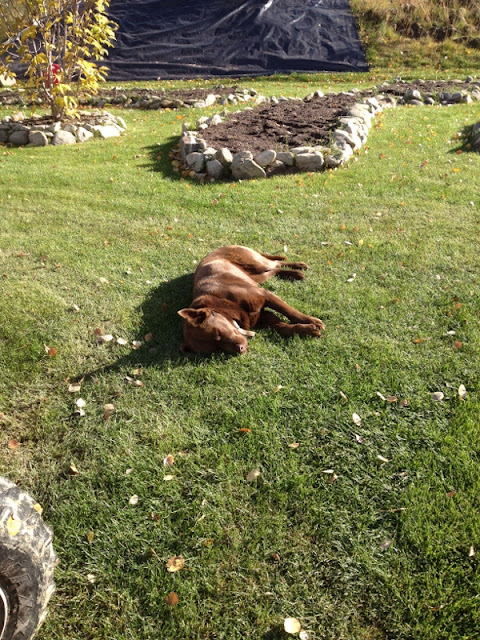 Last night was the Cub Scout Pack meeting. Our activity for the night was a scavenger hunt. I got one of the dad's to step up and take our group in the woods. 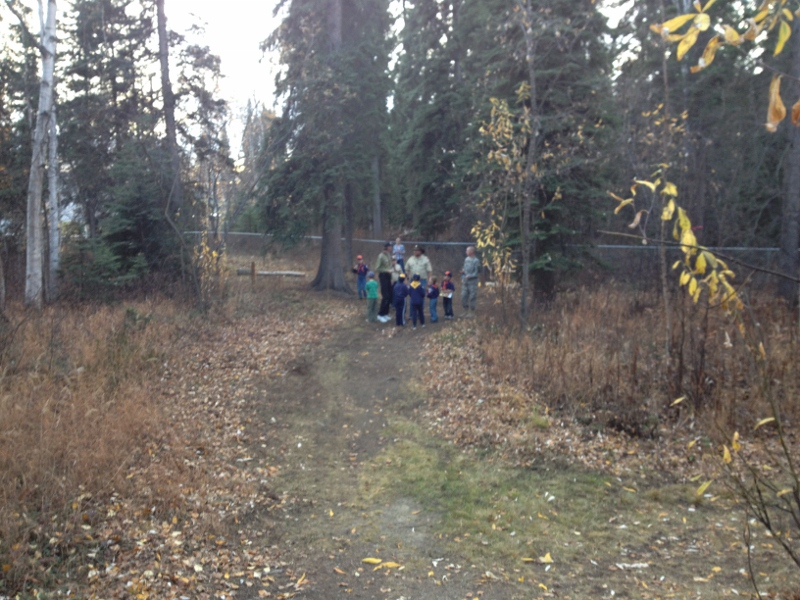 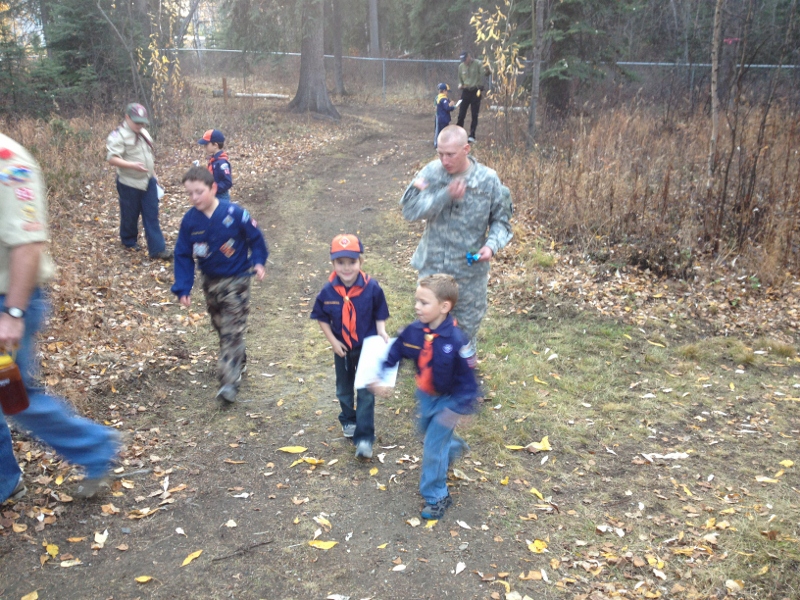 My three boys were awarded their Tiger Totem. As soon as they earn their Bobcat Badge then I can start awarding the Tiger Track Beads they have been earning. Clearly I suck. My son is the only one without his patches sewn on his shirt. 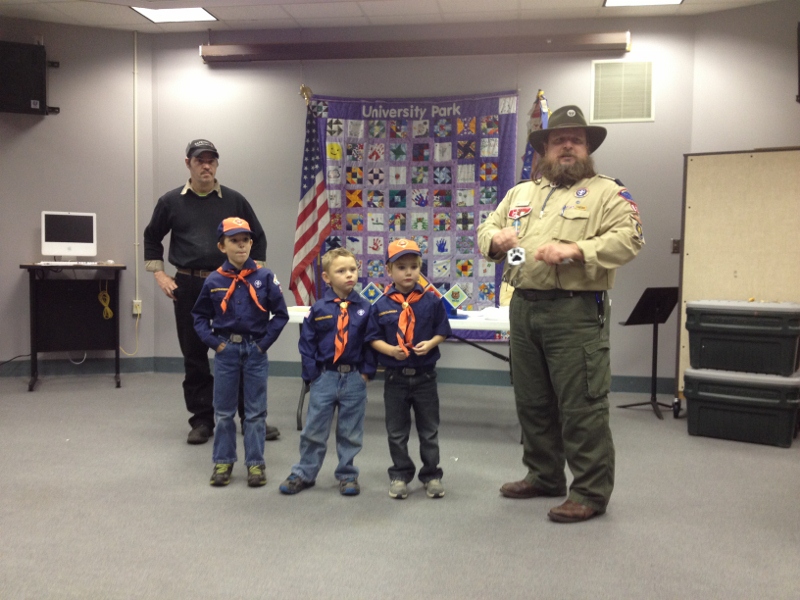 Teenagers kind of suck in the first place and then add his genetically attained crap attitude, stubbornness and just plain meanness and this is what I get. Ridiculous behavior for someone almost 17 so I laughed at him and took his photo. The fact that he bounces between over-mature and immature every 30-minutes doesn't help either. *sigh* Good thing I love him so much because he drives us all crazy. 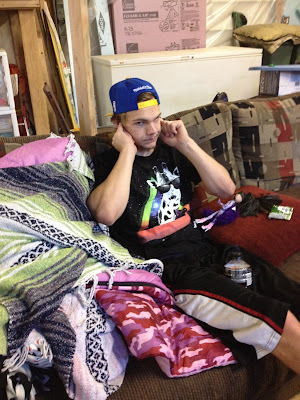 This morning I came down to take Millie out to the bathroom and the moose were back. I walked out the door and she was a few feet to my right coming down our stairs. She peeked her massive head around the corner daring me to come out and threaten her baby. Millie and I ran back in the house. She continued down the stairs, then out the driveway to circle around crossing the road. She definitely got my heart pumping. (See all the pretty yellow leaves have fallen). 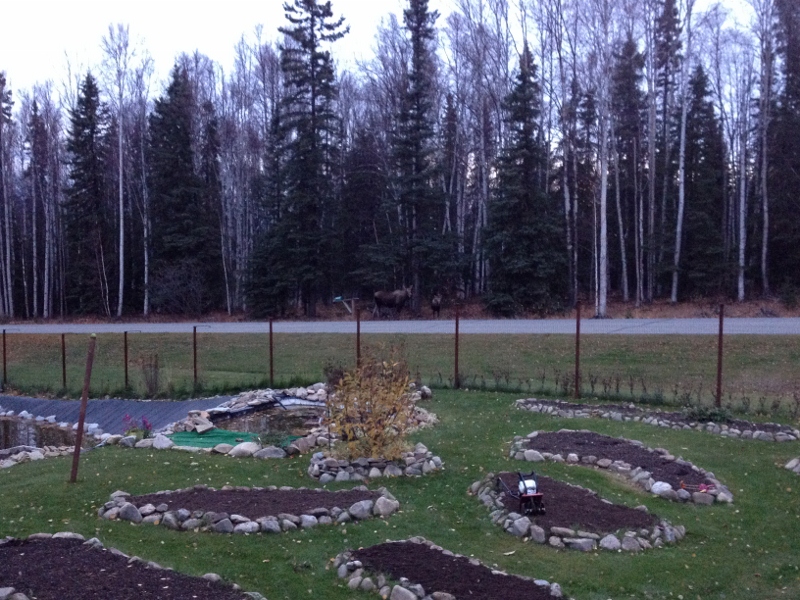 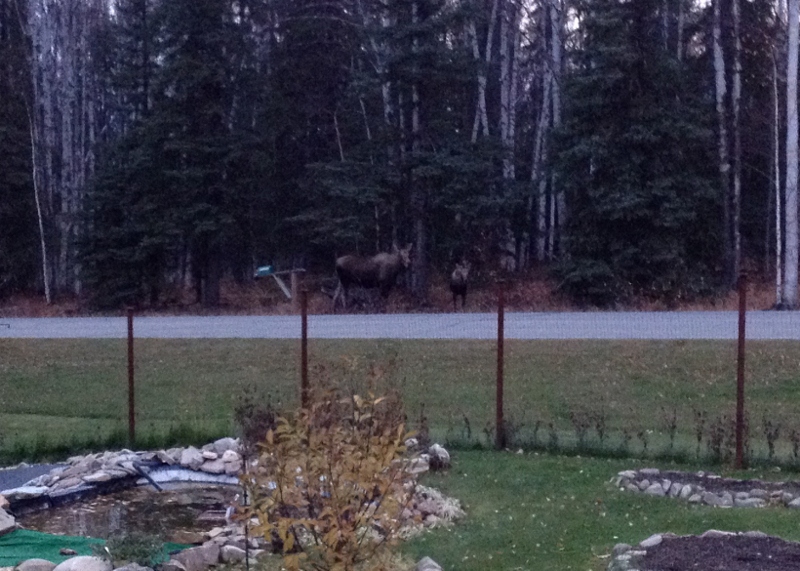 Kids off to school, I'm on my second load of laundry, Facebook read and blog post done. Time to get outside and get busy. I have the bed by the little pond, the 110-foot bed along the fence and the five on the hill to clean out. Then I need to haul compost to all of them, clean up miscellaneous gardening stuff all over my yard, empty the greenhouse, mow the slope in the ditch and then maybe, just maybe, I'll have finished the gardening aspect of winter preparation. So thankful the weather is holding out and giving me a chance to get it done.
Posted by Gayle at 10:09 AM

You got a lot accomplished in the yard already. When my daughter was a blue bird I used to just hot glue her badges to her vest. :-) I have also been known to use a stapler. Just saying....

Bouncing between mature and immature ...yep I hear ya. Oh it is a blessing we love em so much isn't it?


Love seeing your moose visit. Amazing what a planet we live on!