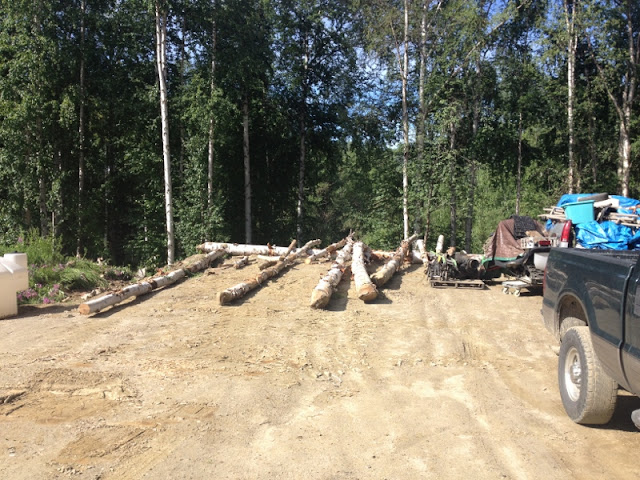 Wish I lived where it was summer all the time. 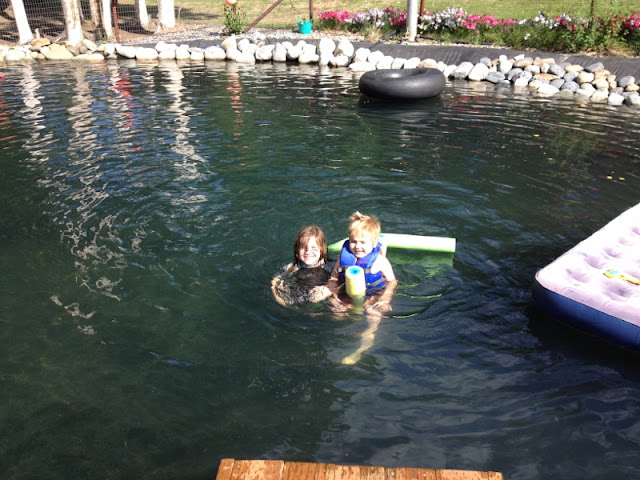 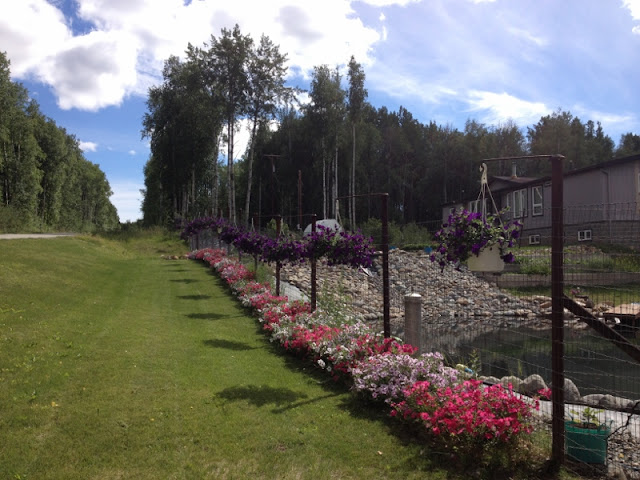 July 23....
Our granddaughter came to visit. That was a month ago and the last time we saw her. I guess we live "too far in the hills" where the other grandparents are right in town. Homer has waited his whole life excited to be a grandpa. Wish he saw her more. 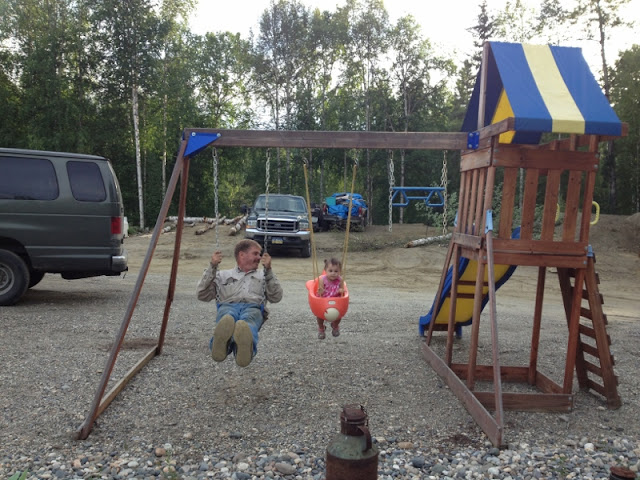 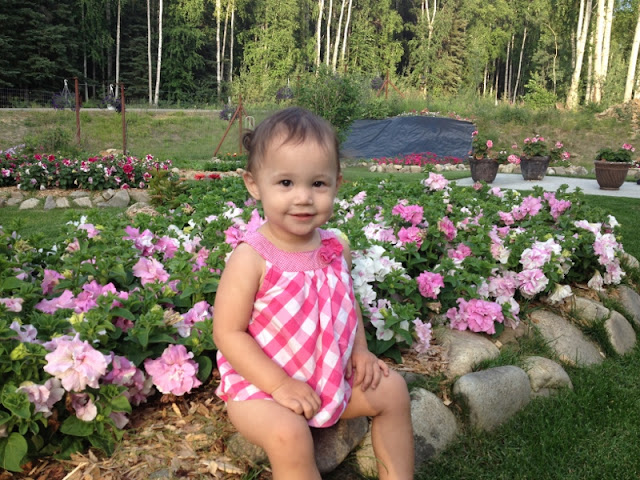 July 24....
Homer or Nick... I can't remember who... cut up the trees for me. My little saw just won't do the bigger stuff. It's more for taking the limbs off. Yes, Andrews junk is still in the way. Truck is worthless and needs hauled to the dump. Maybe someday he'll get a job, a place to live and move it. Or not. 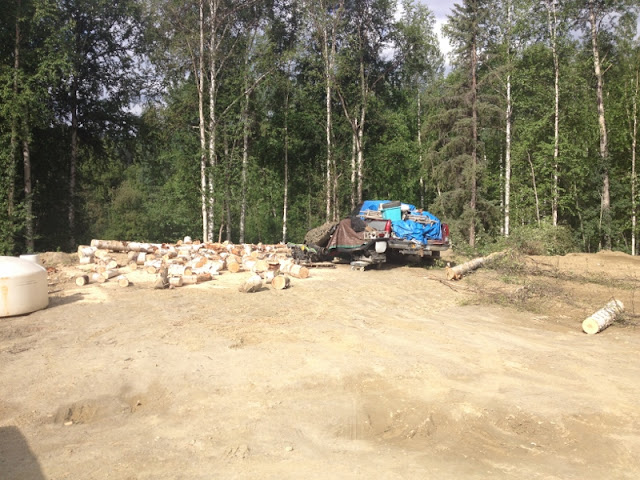 Lettuce, green onions, peas, banana peppers, tomatoes, cucumbers and carrots all from my garden. Wouldn't it be something to be able to harvest year round? 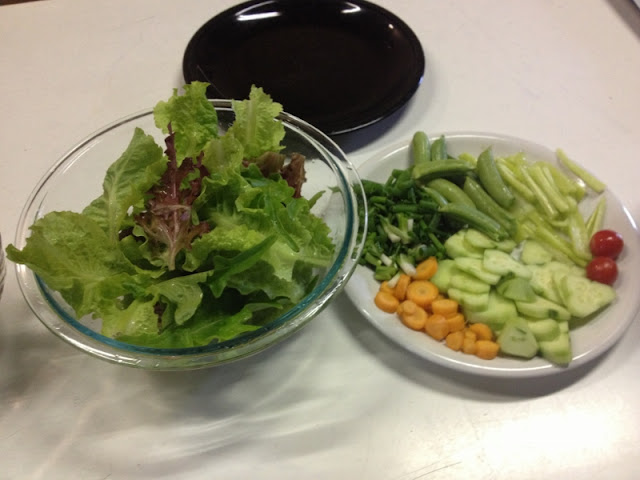 Last night of soccer for Lucas. What a joke. We had five players (four to start) and the other team had two. The other coach didn't even show up. I split them into two teams and ran around playing a make-shift game. See me out there? Where were all the other parents? Most of them with their noses in their phones on the sidelines with just a few paying attention. Did anyone get up and help? No. This would have been a perfect parent-kid game, but this new generation of younger parents just don't interact with their kids. Such a disappointing year of soccer. Oh well... the kids and I had fun. 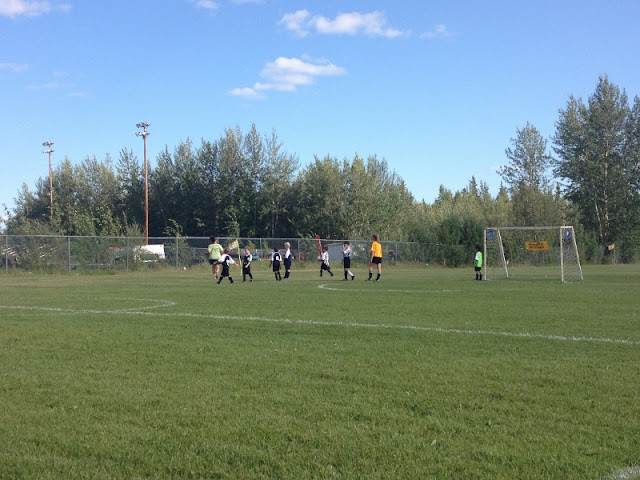 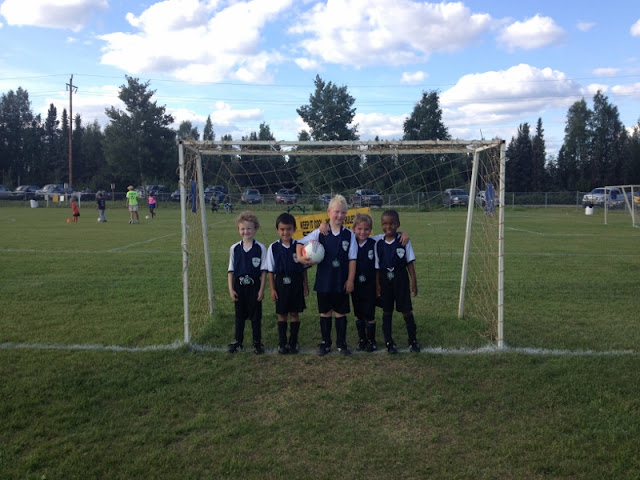 After I was done running around and giving out medals I ran over to Emily's game. My camera battery was dead so I just got a cellphone photo of the beautiful evening. This was her last game with her team, but she signed up to be a pick-up on another team for the tournament since her coach didn't want to do it. 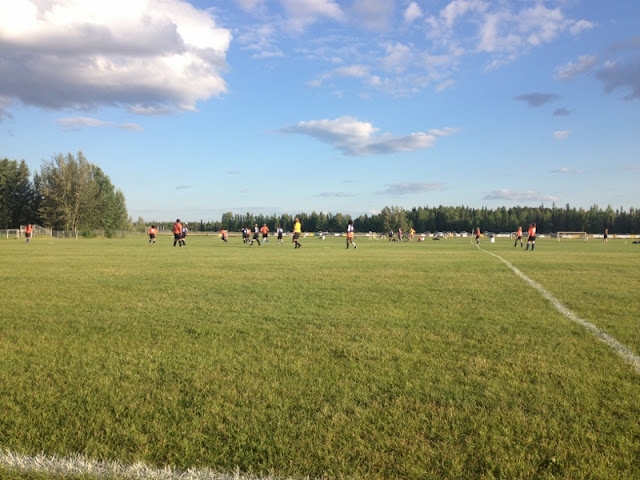 Your granddaughter is a cutie...your veggies look great and I love the way the gardens shaped up... The pool looks like a spa. Were you able to have your sheep shorn this year?

I did a great comment and it vanished!!! Lovely photos, superb front garden by the fence, pool rocks looking so good, firewood, that is just so much HARD work, Family sports pics, and a beautiful wee girl in pink, with flowers to match, one to frame. Take care, keep on till your first snow arrives. Greetings to all at TWH, Jean.

You always have an amazing garden. The soccer game looks fun even if there weren't many kids. The parents who don't participate are sure missing out.
Your granddaughter is a cute one.

Thank God for parents like you who actually put in the time on sports teams. Love that sweet granddaughter, she is edible. Make sure Homer gets grandad time as much as possible >:-(
Don't let him miss out.
PS: send your lettuce this way...we love it!