Apparently, the hat goes with everything...including pajamas. I think maybe it is puppy toenail cutting time. That'll be 16 feet, please. 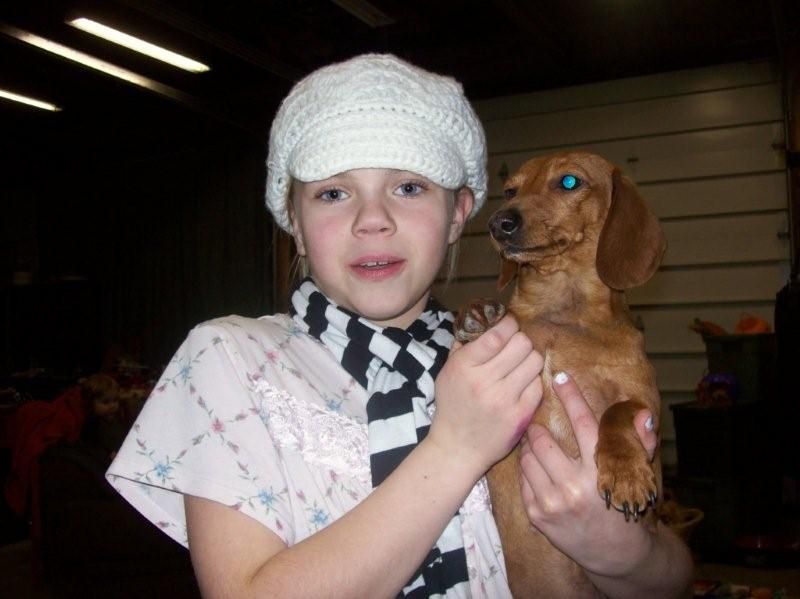 My dear husband is enjoying a hot meal on the table every night and I love making him happy, but I find it stressful rather than relaxing. Timing all the dishes to be done together isn't easy. It was really easy to time a bowl of cereal.

I've never enjoyed cooking, but I collect cookbooks. Odd. Homer is originally from Texas (and can still slip into the cutest southern drawl when he's around the right people), but he grew up in Nome, Alaska. I thought it would be fun to use a salmon recipe from a Nome cookbook. Incidentally, this baked dish came from Patty Anderson which happens to be Homer's Aunt's Sister-in-Law. Is that an Aunt-in-Law? 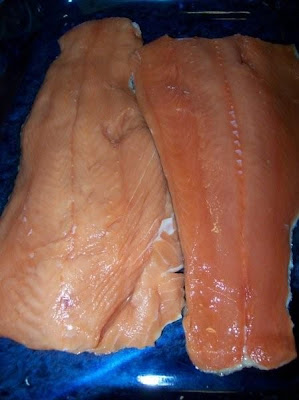 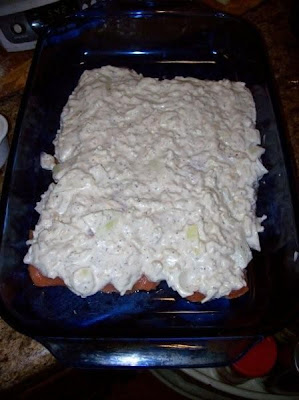 The kids had Lemon Pepper Chicken. 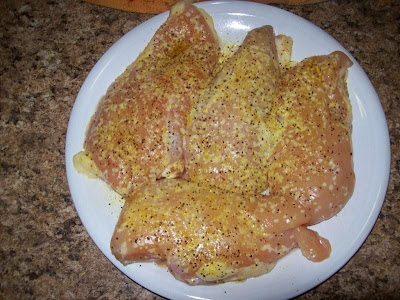 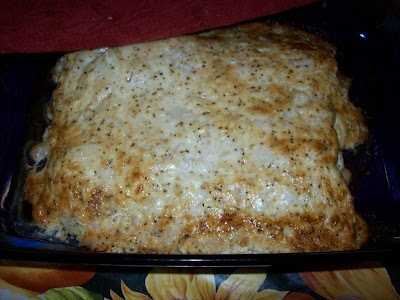 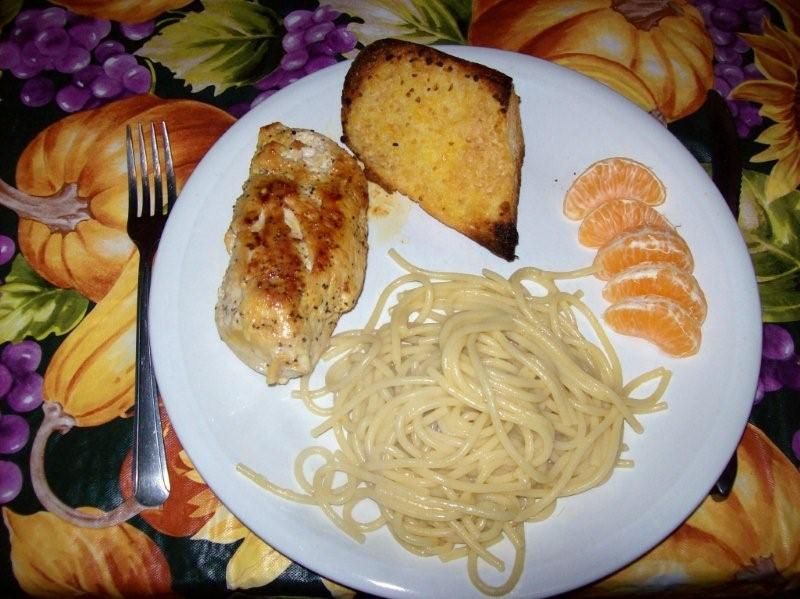 For Dad it was the salmon, green beans in mushroom soup, salad greens with marinated olives, orange slices and garlic bread. The salmon was a huge hit. By-the-way, it was the salmon that we caught in Valdez this past Fall. 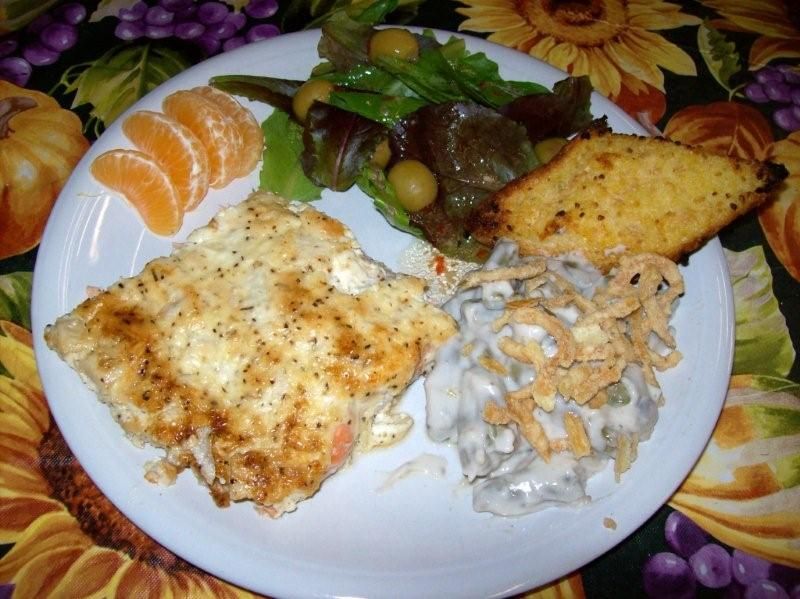 After dinner Elijah was off on his computer, Nick was reading Of Mice and Men for his English Course and Lucas read books and played Legos (with his peanut butter sandwich. He didn't want any part of the chicken). 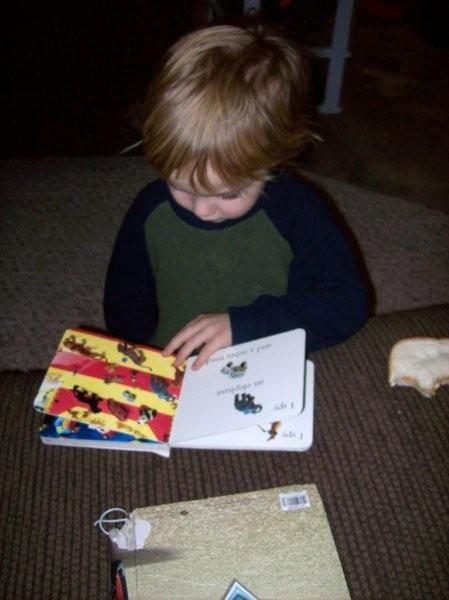 Homer and the girls watched Another Cinderella Story. A perfect night. 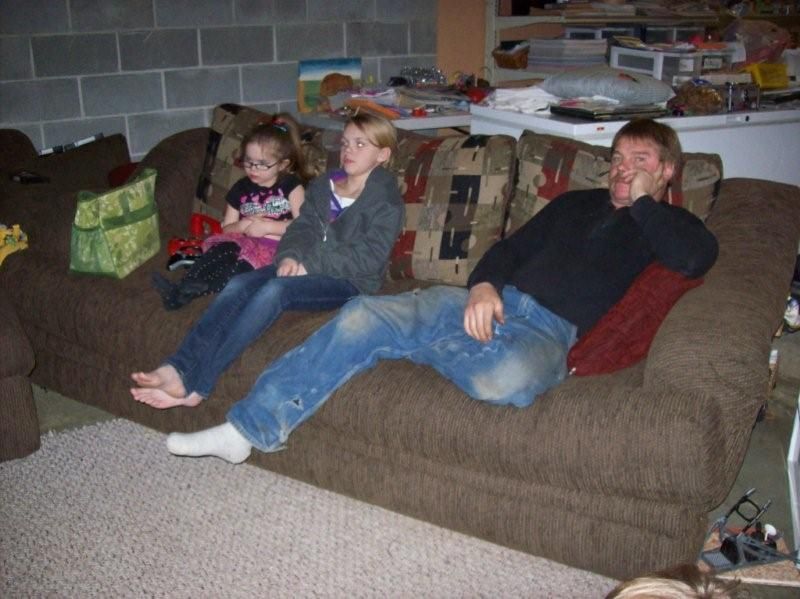 
...Ruby door is the perfect background for...

Yum, we all love salmon! It looks yummy!

Wow, you are turning into a master chef!

You said you can't cook, yet the plates look awesome!! That salmon looks devine!!

My DD likes to wear her "cool" hat to bed too!!

That dinner looked very tasty. So typical that Lucas wanted only his peanut butter sandwich.

Only sixteen feet? I have forty!!

I find cooking stressful these days, too. It's ok to just decide to make something, but to have to stick to a schedule is tough. Mealtime always seems to interrupt something important.